Archie Battersby’s parents have pleaded with the Health Secretary to stop the NHS hospital from rejecting a last-minute UN order which ruled he should not be turned off life support.

The 12-year-old’s mother and father, Holly Dance and Paul Battersby, asked the United Nations Committee on the Rights of Persons with Disabilities (UNRPD) to overturn a decision by British doctors to withdraw the school boy’s mechanical intervention.

Their wishes were granted on Friday evening with an 11th-hour legal order that blocked Archie’s removal from care called for by an international organisation.

But Barts Health NHS Trust, the health body now entrusted with caring for the schoolboy, was accused of threatening to turn off his life-support on Monday afternoon despite interventions today.

The Christian Legal Centre, a legal firm which has supported Ms Dance and Mr Battersby with their appeal, revealed the couple had sent an urgent letter to Health Secretary Steve Barclay to stop the end of their son’s care.

The government has not yet responded to the UN order issued more than 24 hours ago. 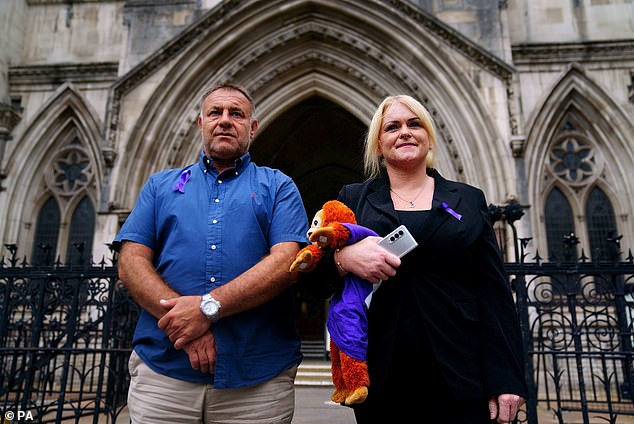 Paul Battersby and Holly danced outside the Royal Courts of Justice in London last Friday. The ‘devastated’ couple lost their battle at both the High Court and the Court of Appeal in London where they urged doctors to continue treating Archie Battersby.

Doctors are allowed to turn off Archie’s life support machine, but his parents are trying to keep up the fight to keep him alive. Archie is in the hospital in the picture

In their letter, Archie’s parents Ms Dance and Mr Battersby pleaded with Health Secretary Steve Barclay to intervene to stop the ‘extraordinary cruelty’ that ended their son’s life.

In their letter, Ms Dance and Mr Battersby urged the Health Secretary to intervene to stop the ‘extraordinary cruelty’ that ended their son’s life.

In full, the letter reads: ‘Dear Mr Barclay, You are aware of the terrible tragedy our son Archie suffered in April when our family suffered severe brain damage due to an online challenge gone wrong.

‘We are grateful to the doctors and nurses at the Royal London Hospital for their treatment and care of Archie over the past four months.

‘However, I am sorry to say that during that time, our suffering and problems have been greatly increased by two or three senior doctors at the hospital and the management of Barts Health NHS Trust.

From the first day, the family as well as the treating doctors are under daily pressure from the trust to release Archie, withdraw life support and let him die. Just three weeks later, we were hauled into court on a few hours’ notice.

‘Then, over these three months, we rushed from one court hearing to another every few days, fighting for Archie’s life against a generously funded army of lawyers and NHS managers.

‘During these months, we were not even given a few days’ space to cope with the family tragedy.

‘You are aware that our case is now before the UN Committee on the Rights of Persons with Disabilities, which last night issued an ‘interim measures’ order for the UK government to keep Archie alive while the committee considers the case. Under Article 4 of the Optional Protocol to the United Nations Convention on Disabilities, interim measures are binding on the United Kingdom as a matter of international human rights law.

‘Devastatingly, the trust’s lawyers have responded by telling the family that the trust has proceeded to defy the UN order and withdraw Archie’s life support.

‘If this were to happen, it would be extraordinarily cruel, and a clear violation of Archie’s rights as a disabled person.

‘Archie has the right to have international human rights bodies investigate the decisions made by the NHS and UK courts about his life and death. To hasten his death to prevent this would be completely unacceptable.

‘I trust that you, as the member of government now responsible for the NHS, will act urgently to ensure that this does not happen, and that our country respects its obligations under the international human rights treaties we have signed and ratified.’

The ‘devastated’ couple lost their battle at both the High Court and Court of Appeal in London where they urged doctors to continue her treatment.

Speaking after the announcement of the UN order yesterday, Ms Dance expressed her gratitude for being given another chance to keep her son alive.

She said: ‘I am very grateful to the United Nations for their response and for acting so quickly for my son.

‘We are under a lot of stress and anxiety; We were already broken and not knowing what was going to happen next was annoying. Getting this news means everything now.

‘This is the first time in the history of this inhumane system in Britain.

‘There have been many ups and downs, but we’ve put on the full armor of God, gone into battle and now we’ve given Archie the time we’ve ever asked for.’

The Supreme Court had rejected an appeal where they asked doctors to stop them from turning off her life-support machine until they could appeal.

Since then they have held discussions with the bosses of the Royal London Hospital in Whitechapel, where he is being treated, in an attempt to seek assurances that this will not happen when they appeal to the UNRPD.

Archie’s parents argued that the UNRPD Protocol allows ‘individuals and families’ to make complaints about violations of the rights of persons with disabilities.

The UK has joined the Optional Protocol to the Convention on the Rights of Persons with Disabilities, which allows the UNRPD to request the UK government to delay withdrawal of life support while a complaint is investigated.

Andrea Williams, chief executive of the Christian Legal Centre, which supports the family’s case, said: ‘We are delighted with the UN’s response. It is high time that the UK’s procedures around actively ending children’s lives came under international scrutiny.

‘We now hope and pray that the UN committee will bring justice to Archie and his family, as well as other disabled people in UK hospitals in the future.

‘Life is the most precious gift we have.

‘We have stood with the family since the beginning of this tragedy three months ago and continue to pray for this beautiful boy Archie and everyone involved.’ 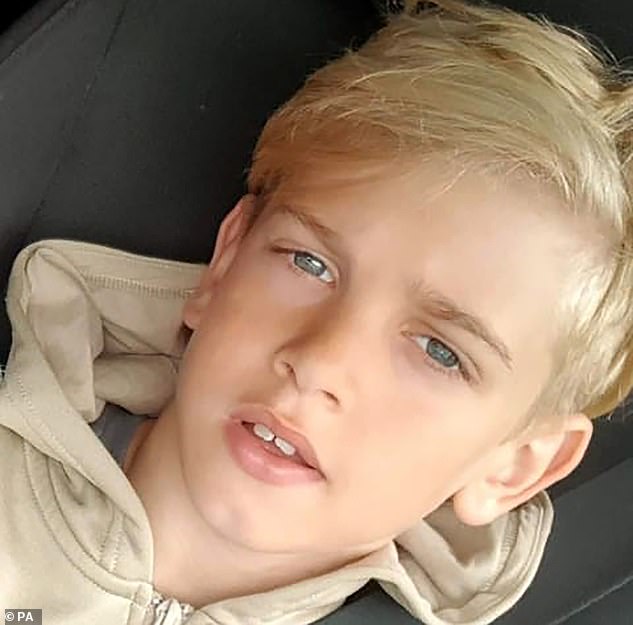 Archie, pictured, was found with a ligature on his head in April and never regained consciousness. 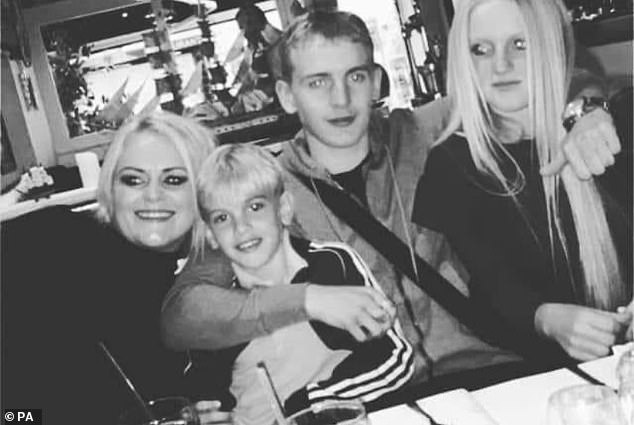 Jurors heard Ms Dance found Archie unconscious on April 7 with a ligature on his head.

He thinks he might be participating in an online challenge. The youth has not regained consciousness.

Doctors treating Archie at the Royal London Hospital in Whitechapel, east London, consider him brain-stem dead and say continued life-support treatment is not in his best interests.

Bosses at the hospital’s governing trust, Barts Health NHS Trust, were asked to make decisions about what medical moves were in Archie’s best interests.

But Court of Appeal judges upheld her parents’ challenge to Mrs Justice Arbuthnot’s rulings, saying the evidence should be reviewed by a different High Court judge.

Speaking as they launched their last-ditch appeal today, Ms Dance said: ‘Words cannot describe how devastated we are.

‘The pressure put on us from the start in the process of ending Archie’s life is shameful. ‘

All we’ve ever asked for is more time. The urgency from the hospital and court is unclear while other parties are happy to give us more time.

“I don’t believe there’s anything ‘conceived’ about Archie’s death plan. To me, that would be the most painful outcome.

‘Parents need support, not pressure. What we have been through is exhausting.

‘We don’t have to fight endlessly in the hospital to believe it’s right for Archie.

‘The top judges have told us, however this is the law, if that is the case, the law should be changed.

‘We will continue to fight for Archie, we will not give up and are now awaiting a response from the UNRPD.’