Days before his death on a school trip to Europe, a fit and healthy teenage boy who teachers say is suffering from homesickness texted his mother.

Timothy Fehring, 15, said he ‘couldn’t sleep for hours’ and was ‘constantly dizzy’ after flying to Europe from his home city of Melbourne.

The Blackburn High School pupil had inadvertently developed an infection in his blood and lungs which turned into sepsis, killing him six days after landing.

Some of Tim’s final messages to his family on that fateful trip can now be revealed, as the coroner and loved ones push for major changes to school visiting policies. 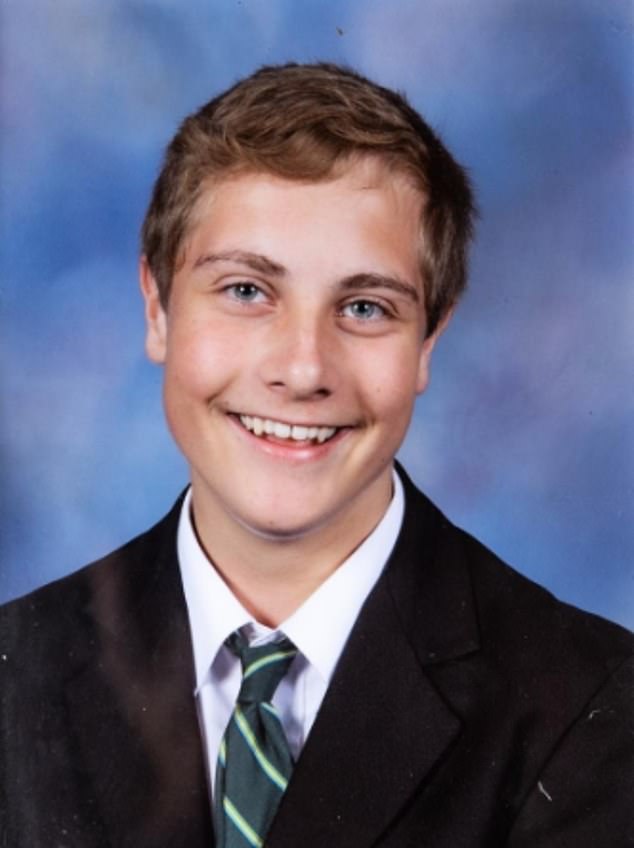 Tim Fehring (pictured) died on July 28, 2019, on the sixth day of a school trip across Europe. It was revealed that he had an infection in his blood and lungs and turned into sepsis 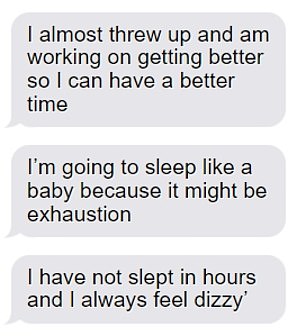 The 15-year-old’s last text messages (pictured) sent to her mother have been revealed amid a coroner’s report in which she said she was always ‘dizzy’.

During the six days of the trip, Tim lost 5 kg, repeatedly threw up on the side of the road and struggled to walk.

However, the two teachers who accompanied the 16 students on the holiday believed he was merely suffering from home sickness rather than a serious illness.

Now his family have released messages showing Tim telling his mother Barbara he was feeling unwell shortly after arriving in Berlin on June 23.

He was initially shocked by the spicy food he was given on a Thai Airlines flight.

‘I’m almost done throwing up and working on getting better so I can have a good time,’ he texted.

In his next message, Tim said: ‘I’m going to sleep like a baby because it might be exhausting.

‘I haven’t slept in hours and I’m always dizzy.’

As the days passed and the group traveled from Germany to Vienna, Tim’s condition worsened. He died in a hospital in Vienna on June 28, less than a week after leaving Australia.

In recently delivered coronial findings, Coroner Simon McGregor said staff ‘should have sought and then followed medical advice’ about Tim’s health during the visit.

Tim was taken to the Munich Children’s Hospital on the fourth day of the visit and examined by a doctor.

But the doctor said constipation and homesickness could be the cause of his vomiting and advised Tim to drink water and eat fruit to ‘feel better’.

Coroner McGregor said the doctor needed to perform a physical examination to rule out other possible causes of Tim’s illness.

“Dr. Schrems should have first performed a physical examination, including taking the patient’s blood pressure or using a stethoscope, before writing a script for the anxiety medication,” the report said.

He also wrote that the school staff should do it Keeping an open mind about what he was suffering from, the teachers suggested to the doctor that it might just be home sickness. 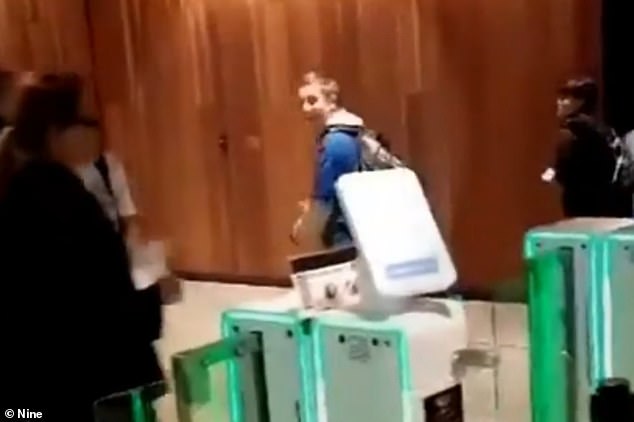 Tim (pictured) left Melbourne for Europe with his fellow students and two teachers. He arrived in Berlin on June 23 and immediately began to feel ill 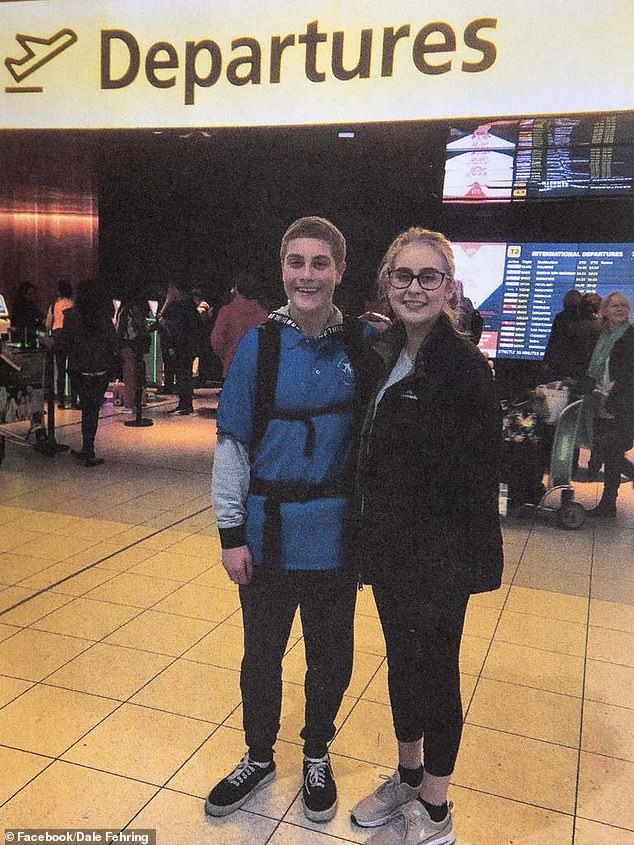 Coroner McGregor found that staff – including two teachers, the assistant principal and the business manager – had made ‘bad judgements’ in Tim’s treatment.

He recommended an increase in the number of employees going on foreign tours and a review of tour policies.

The coroner described how increasing the ratio of students to staff would give chaperones ‘more flexibility’ to manage the rest of the students if someone fell ill.

The second recommendation was for the Department of Education to review its visitation policy.

Blackburn High School has accepted the recommendations and increased staffing for visits.

Tim’s mother, Barbara Ferring, said her son was a happy and healthy child who couldn’t wait to go on the trip, but no one listened to her when she tried to explain how unwell he was.

‘The people in charge thought he was home sick but he wasn’t. He couldn’t wait to get away, but he didn’t like messing around,’ she told Daily Mail Australia.

‘He was a very fit, healthy and energetic child who was always happy and always wanted to make people around him happy.’

The coroner’s report said the 15-year-old girl was vomiting on the first day the group arrived in Berlin.

On the second day, Tim woke up with stomach pains and after not eating he vomited at lunch, and again at dinner.

Teachers initially thought he was suffering from jetlag, different foods, heat and the effects of the change in weather.

They told his mother he was sick but suspected it was because he was sick at home, the coroner’s report said.

On June 26, he woke up early and texted his mother asking her to bring him home.

‘He expressed displeasure at how he was being treated and mistrustful of his illness,’ the coroner’s report said. 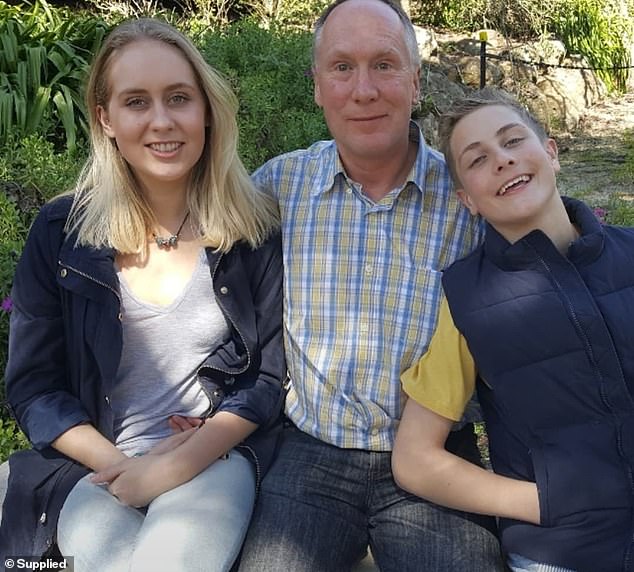 Coroner McGregor said staff had made a ‘wrong decision’ in the treatment of Tim (pictured with his sister and father). 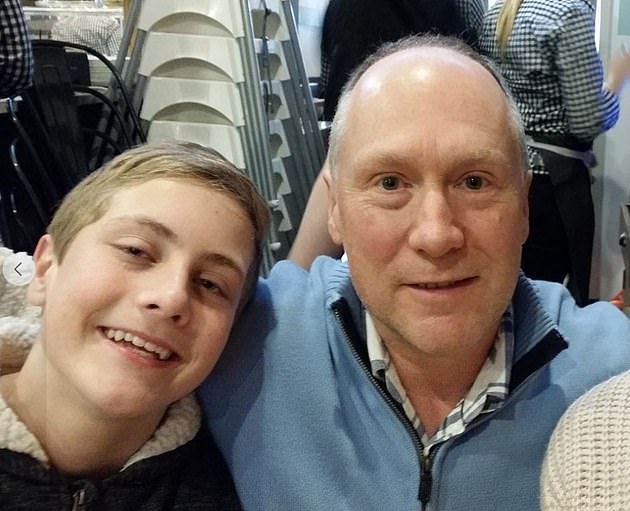 Teachers initially thought Tim (pictured with his father) was suffering from jetlag, different foods, heat and the effects of the change in weather.

His mother Barbara spoke to a teacher and said Tim needed to see a doctor.

After going on a walk, he was eventually taken to a Munich children’s hospital where he was found to be ‘exhausted, visibly pale and with significant weight loss’.

‘(One of the teachers) told the doctor that Tim was homesick, and the doctor confirmed that his symptoms could be related to it,’ the coroner’s report said.

Tim was in the hospital for between four and six hours, and the doctor said constipation and homesickness could be the cause of his vomiting.

The next day the group traveled to Austria and went on another hike.

The coroner’s report said, ‘Tim walked in with a ‘vomit bag’ but he insisted on not going at all.

‘He was not improving and was walking slowly and looked passed out and tired. He was pale and had dark circles under his eyes.

‘The team told the staff they wanted to go to the hospital, but the staff thought they were trying to avoid planned activities such as an afternoon walk.’

Ms Fehring told teachers she felt terrible but could not understand why Tim had not been taken to hospital on 27 June.

‘The teachers didn’t know him, they never taught him so they didn’t know Tim didn’t keep things.’

On the evening of June 27, the employee decided to fly home alone because his condition had not improved.

The next day, on June 28, Tim was taken to get a doctor’s certificate to confirm he was fit to travel.

While he was there, Tim was not examined or given any tests and the doctor was told to prescribe him anxiety medication at the request of a teacher, the coroner’s report said.

The doctor also deemed the team fit to travel. (Ms Ferring said she was not).

While the teacher was paying for the appointment, Tim walked out of the doctor’s office into the hallway, complaining that it was ‘hot and stuffy’ but moments later was found unresponsive on the floor.

She had vomit all over her clothes and her nose was bleeding, the report said.

Tim was given CPR before being taken by ambulance to the Vienna Center for Social Medicine, Pediatric Intensive Care Unit.

His pupils were in ‘maximal dilation’ at the hospital and a CT scan showed severe brain swelling, the report said. 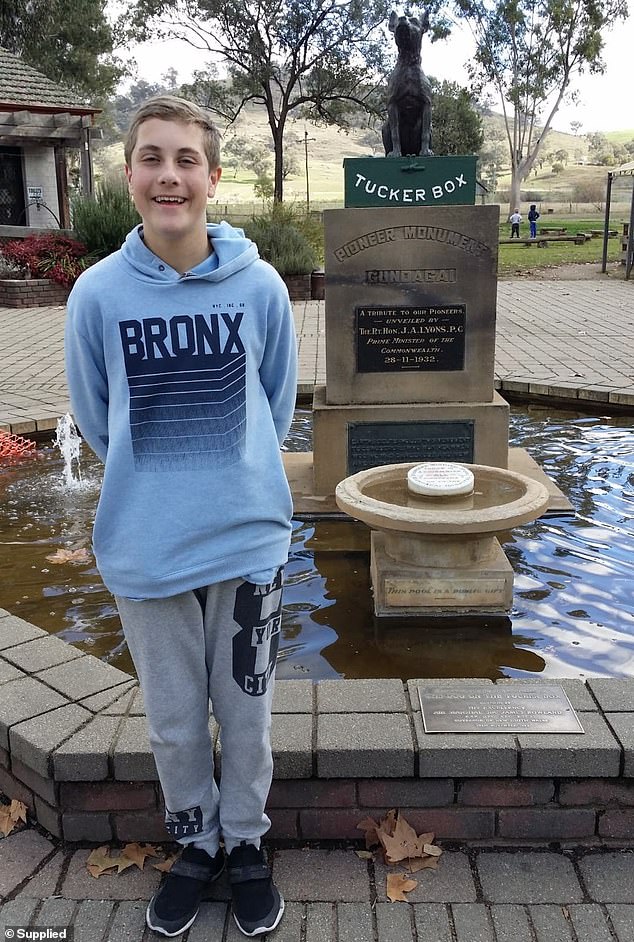 On the evening of June 27, the employee decided to fly home alone because his condition had not improved

Ms. Fehring realized that Tim had gone into sepsis and went into cardiac arrest when he fell to the floor.

The team could not be saved. His mother was on a flight back to Melbourne at the time and was only informed of her son’s death by close friends who went to meet her at the airport when he landed.

An autopsy revealed that Tim had an extremely acute infection in his blood and lungs that may have caused a heart attack.

‘We were surprised that Tim had left us so happy and excited and that he had deteriorated so quickly in just a few days,’ she said.

‘We don’t want any other child or any family to go through what we have and are still going through.’