Countdown fans were shocked on Friday as Annie Robinson made no attempt to bid farewell to the show in her final episode after 13 months at the helm.

The television presenter, 77, announced she was leaving the Channel 4 show earlier this year after joining in June 2021.

Many fans may have expected the star to refer to her last episode, her so long so casual as usual, simply saying: ‘Thanks for watching, goodbye.’ 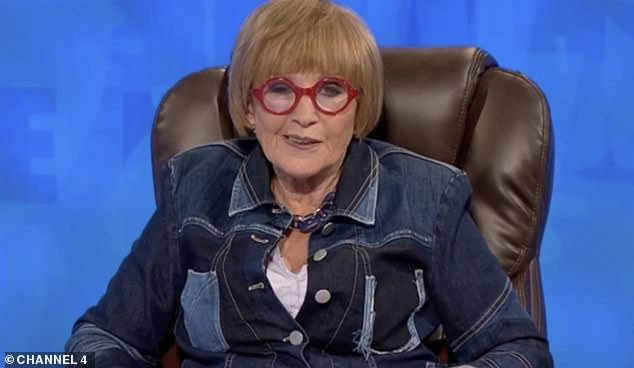 Non-event: Countdown fans were shocked on Friday as Annie Robinson, 77, made no attempt to bid farewell to the show during her final episode after 13 months at the helm.

Annie took over as host from Nick Hewer, 78, who has presented since 2012, and made a further statement when he left the game show, saying he had ‘delighted’ working with co-presenter Rachel Riley and Dictionary Corner’s Susie Dent.

One viewer wrote of Annie’s signing off: ‘Oh, apparently it was Annie Robinson’s final countdown yesterday.

‘It seems she was given no fanfare or a hearty farewell, as far as I’m concerned her departure was unplanned. 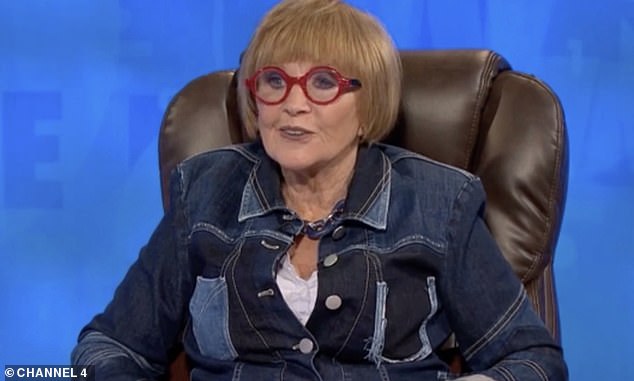 End of the road: The television presenter announced she was leaving the Channel 4 show earlier this year after joining in June 2021.

‘Now I’m imagining him and Rachel having a heated row behind the scenes.’

Someone else wrote: ‘Annie Robinson left without saying goodbye as presenter of #C4 Countdown today. Strange!’

‘Annie Robinson didn’t say goodbye or anything on her final countdown yesterday,’ another viewer commented.

When someone else questioned: ‘No goodbye for Annie Robinson? That’s a shame @susie_dent @C4Countdown.’

Farewell: As many fans might have expected the star to mention in reference to her last episode, her so long stay was as casual as ever, simply saying: ‘Thanks for watching, bye’.

The Daily Mail’s Alison Boshoff revealed in May that Annie had left the show after just one year, and said Annie left over a pay dispute.

It has been claimed that the cast of Countdown are ‘relieved’ Annie is leaving following reports of on-set fights with Rachael Riley – who Annie reportedly found ‘too noisy’ – and Susie Dent.

The TV presenter shared a selfie sporting a strawberry-print dress and flashing a big smile as she enjoyed a glass of wine at home.

Alongside the photo, she took a thin swipe at Annie as she wrote that she was toasting ‘the next chapter in Countdown’s history’.

She wrote: ‘Toasting to the next chapter in Countdown history… I think you’re going to love it!’ 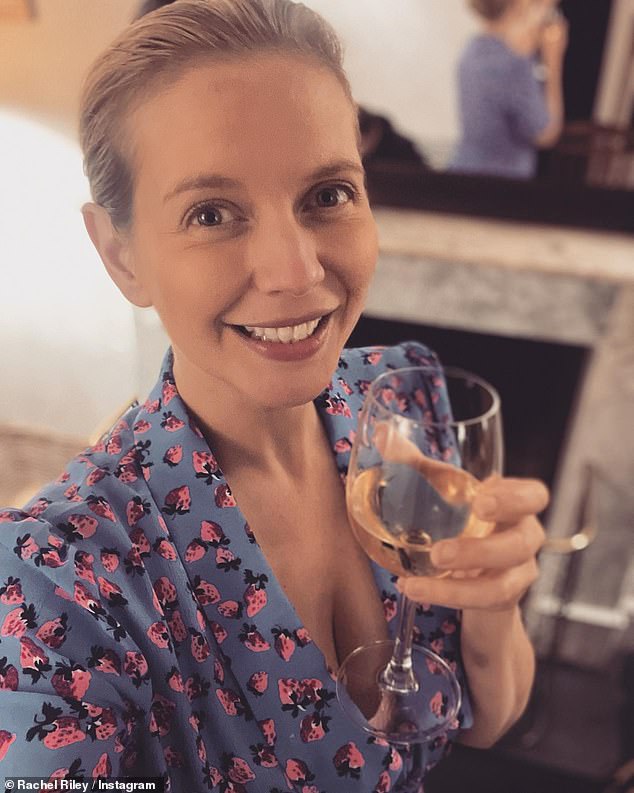 Rachel’s apparent jibe came after Annie admitted that Rachel is ‘noisy’ and she ‘wouldn’t go on holiday’ with her, but dismissed claims of a fight after she left Countdown.

It was revealed by Alison Boshoff of the Daily Mail earlier this week that Annie had left the show, and Annie said she left over a pay dispute.

The freelance presenter admitted she did not want to join the Channel 4 payroll despite being offered a pay rise and decided to step away from her role as host.

Speaking to The Sun, he admitted: ‘I come from a long line of alcoholic, Irish bandits so suggesting I go to PAYE is like asking Philip Green or Richard Branson to join the company’s payroll.

‘On that basis, I was not interested in any proposal. Even if economic equality is involved. However, I will miss out on the Channel 4 lunch vouchers, which is a huge regret.’

Speaking to Emma Barnett on Radio 4’s Woman’s Hour, he added: ‘I marched for your generation to be really smart about your pay and the negotiation of pay, and you’re totally down on it. Why? It’s very easy. There are about six steps to getting the money you want.’

Anne continued: ‘What happens is some bloke comes in with his mate, interviews you and says ‘we’re going to pay you this’, you say ‘thank you very much’.

‘What you have to understand is, they go out and they high five because you accepted the first offer.’

Regarding her differences with her co-stars Rachel and Susie Dent, she admitted that she was annoyed by their time and noise.

But she later said: ‘They are both brilliant at what they do. I mean they really, really are. Channel 4 are incredibly lucky to have them. And there is no crack.

‘I wanted everyone to be calm in the studio. I like everyone time and quiet, quiet, quiet. So we had to iron it out. But that’s it.’

Annie continued: ‘I think we all came to an agreement to turn off the mics before going on record, which gave me time to chat to the contestants – that’s all – and remind them what their hobbies are.’ 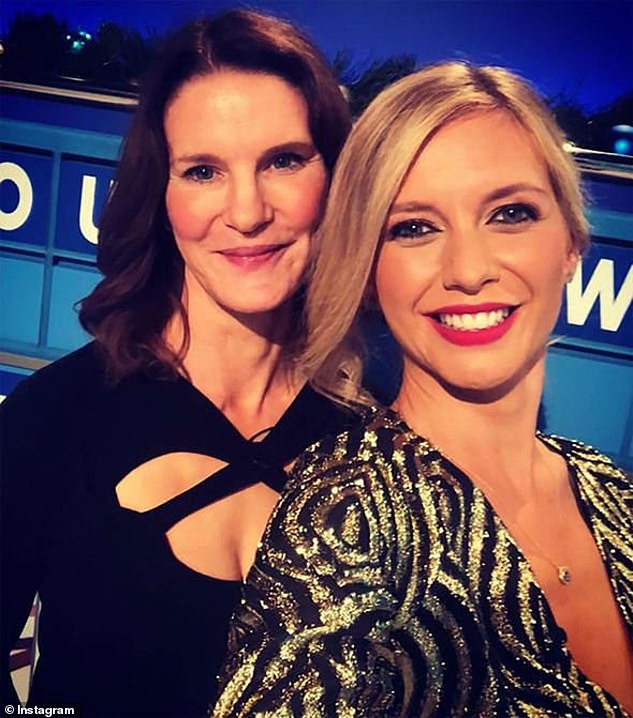 Describing Rachel, she said, ‘She’s brilliant in those numbers, what else can I say.’

On the prospect of retirement, the former Weak Links host said: ‘I’ve got no practice for it. Maybe I’ll start doing social media.

‘You know what the Queen says, mostly to women, she says ‘What’s keeping you busy?’ And it’s because they may not have a job so they can say ‘I’m playing the piano, I’m doing my garden’. So I’ll practice how to explain that I don’t have a job.’

Annie continued: ‘It’s the first time I’ve ever worked. It’s also the first time I don’t see work on the horizon. I’ve given myself a really big deal and I’m 78 this year and I’ve really got to learn about retirement.

‘I have encouraged the television bosses to realize that not all women are playing bingo and watching conjuring tricks in care homes at the wrong end of the 70s.’

Meanwhile, former Countdown host Nick Haver didn’t hold back after recently wishing his ex-colleague Susie the best of luck to Annie on Twitter.

It comes amid claims that the cast are ‘relieved’ he is leaving after reports of an on-set brawl with Rachel and Susie. 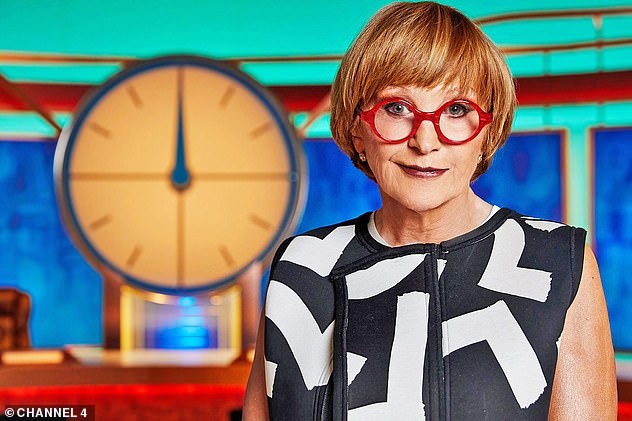 Gone: It was revealed by the Daily Mail’s Alison Boshoff earlier this week that Annie had left the show, and Annie said she left over a pay dispute.

But Susie appeared to dismiss any claims of a feud by sending a congratulatory message to ‘wish her the best’ as she moves on to pastures new.

The lexicographer, who has appeared in Countdown’s Dictionary Corner since 1992, wrote on Twitter: ‘Some countdown news.

‘All the best to Annie with her grandchildren and her new adventures beyond.’

However, Nick, 78, accused him of ‘sucking’ his former colleague and said he would be a prime candidate for the ‘Brown Nosing’ award.

He responded to her tweet, writing: ‘Well this is a sure fire certainty for Private Eye’s OBN. [Order of the Brown Nose] Award. Bravo Susie!’

Opening up to Alison Boshoff for the Daily Mail, Anne admitted that Rachel is on edge and she ‘won’t be going on holiday’ with him – but dismissed claims of a fight.

The Weakest Link host explained: ‘I’m not saying I’d go on holiday with Rachael Riley, but she’s brilliant,’ she said. ‘Quite honestly, I admire her – she’s really, really good at what she does, like Susie Dent.

‘Look, Rachel has just come back from having a baby and she’s standing full and innocent, just where I want to be. She’s noisy, yes she and Susie are both – those two are a powerful couple. But because of the rift, there is no question of me leaving, that is nonsense.’

He also said the three women had a ‘difficult conversation’ during the show, adding, ‘The way it’s filmed is so tight that … we don’t have time to talk to each other.’

Rachel Riley’s representatives declined to comment at the time.

Annie told Alison that she was leaving the show because her contract was only one year long, and she ‘didn’t know how long it would take’.

Explaining that she was swapping an ‘intense’ filming schedule for some downtime at home, Anne said: ‘I’m moving on because I’ve got a lot going on – grandchildren, a big garden, an apartment in New York – and I want to. Enjoy them. The countdown has taken longer than I expected.’

A spokesperson for the Channel 4 daytime show gushed about Annie after announcing her departure, saying: ‘Quick-witted Annie has been a fantastic host on this iconic show.’ 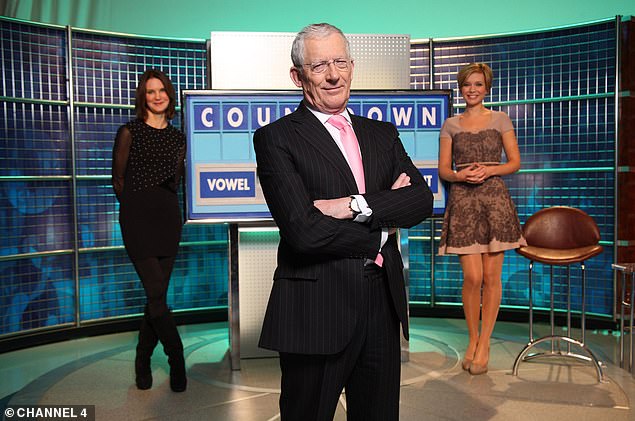 Ouch! It comes after former Countdown host Nick Hewer (centre) didn’t hold back when he took a swipe at his former colleague Susie (left) after she wished Annie well on Twitter.