When the first day of the Queen’s 2002 golden jubilee visit dawned, royal officials were concerned.

The previews were not encouraging. The Times, for example, warned of a general lack of public interest, as reflected in the number of applications to organize a street party. Not a patch on the 1977 Silver Jubilee, it mentions sniffing.

Coming to that first official engagement, the initial signs were not promising. I think it’s alive. We gathered outside the National Maritime Museum in Falmouth, Cornwall, where the Queen would cut the ribbon and the Golden Jubilee Bandwagon would take off.

So where was everyone? A small crowd, one-deep, gathered behind an obstacle in addition to very clear requirements. Perhaps the beating of the monarchy in the 1990s has left a deeper impression than we thought. The Queen and the Duke of Edinburgh worked properly and their next engagement took place in the center of Falmouth. At that point, everything became clear. 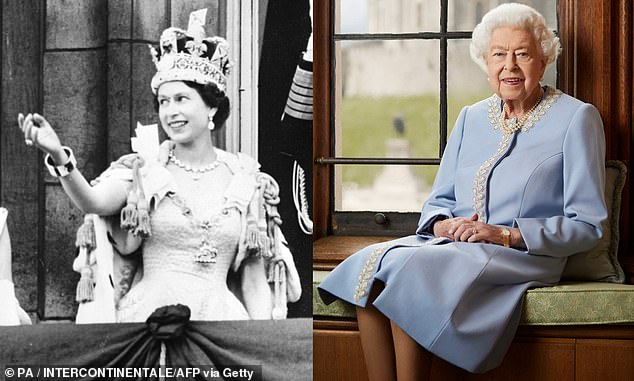 The town center was attacked. Instead, everyone went there. When the Queen moved to Truro to visit the Cathedral, it seemed like the whole county was out. There was a similar story in neighboring Devon. Exeter stopped. Next stop, Somerset. By the time we got to that central Jubilee weekend, Brian Mele was playing the national anthem on his electric guitar on the rooftop of the palace, and the Concorde was pounding on the palace surrounded by red arrows. Britain’s deep, intricate love and pride in its monarchy.

And I believe that history itself will repeat itself.

Exactly three years after those scenes in 2002, Sebastian Ko, Princess Royal and Tony Blair were making their final pitch at the International Olympic Committee (IOC) in Singapore, where the IOC was about to select a venue for the 2012 Olympic Games. The London delegation played its last card. It was a video of how London could put on a bright, vibrant, multicultural world party.

They did not need a sequence of computer-generated images produced by rival bidders such as Paris. No, the London team already had their film. They cut and paste shots of the Queen’s Golden Jubilee. Moments later, the envelope was opened to reveal the winner. . .

The rest we all know. This means that the London Olympics followed the heat to produce that amazing warmth of royal and sporting talent on the occasion of His Majesty’s 60th anniversary on the throne. The monarchy, still shining from Prince William’s wedding to Catherine Middleton’s, merged seamlessly and brilliantly into that worldwide celebration of the game.

Many of us can look back on that Jubilee / Olympic summer as the sun shines before the storm clouds fall; In Scottish independence and Brexit – the last rush for Britain before those toxic referendums – began in an era of fierce culture war, cyber madness and fresh royal scandals. In many ways, it was calm before the storm. 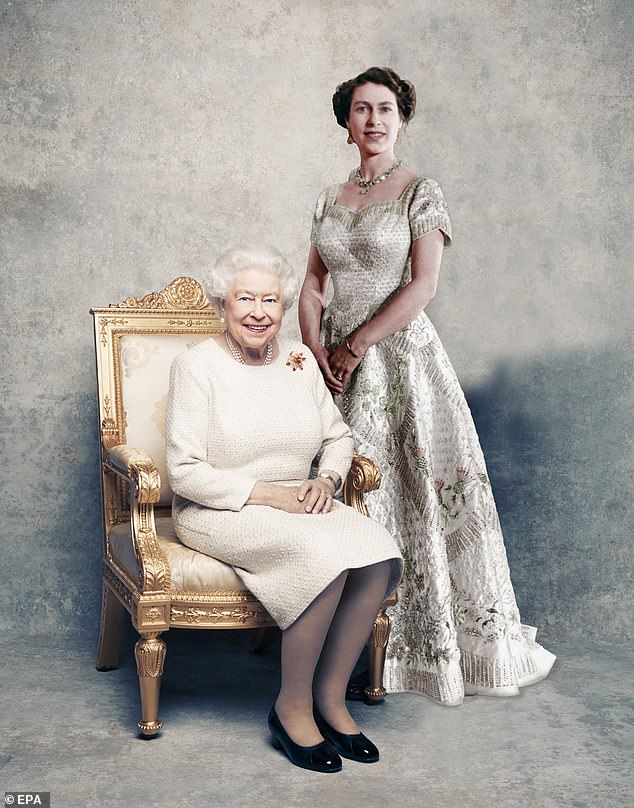 For all these years, at least in this country, we have taken the Queen as normal – in the best way possible.

So could the Platinum Jubilee 2012 be approaching to mimic the 2012 bell – or even the eclipse?

I believe it will. The signs are already there. As the Mail reports, there has been a spectacular burst of street party preparations across the country – not to mention the countless examples of the new 21st-century off-street version, the Jubilee ‘Big Lunch’.

See also the abundance of flags in high streets and schools across the country. Last week, I found in Oxford Union that the monarchy was now opposed to the proposal that ‘celebrity only’ was irrelevant. Proposal 10 to 1 failed. Maybe, for at least a few days, we might even leave the running sagas of Sussex and the Duke of York where they belong: on the margins.

Some of the queen’s most striving years have been spent in the grand anniversaries of her reign. On her 30th, 1982, the Falklands War coincided with the shock of finding an intruder at the end of her bed, Michael Fagan and his domestic cavalry and twin IRA London bombs killing his royal green jackets.

Her birthday coincided with her 40th birthday in 1992 – the year of marriage and financial crisis and the Windsor Fire.

A decade later, her golden jubilee year had just begun when the queen lost her sister, Princess Margaret. Two months later she lost her mother. However, he refused to cancel the single Jubilee engagement. That summer proved to be the turning point in all the royal turmoil of the 1990s and the death of Princess Diana of Wales.

During the Diamond Jubilee of 2012, the royal spirits returned to the heights of the coronation era. In fact, the Queen may have re-spelled her famous Latin phrase to describe the period from the spring of 2011 to the summer of 2012 as Anas Mirabilis.

Earlier, she was thrilled to see the new Duke of Cambridge and the Duchess walking down the aisle of Westminster Abbey. Less than a month later, the Queen visited Britain’s closest neighbor for the first time. His state visit to the Republic of Ireland still stands as a high-water symbol of UK-Irish relations. And in late May 2011, Barack and Michelle Obama arrived at Buckingham Palace for the most cordial and successful state visit of modern times.

In the summer of 2012, however, the Glomsters were in it again, predicting the Diamond Jubilee flop. Once again, it exceeded all expectations. It was an example of the deep royal feeling that shocked the republics by the millions of people who came out to watch the great river competition on the river Thames in the most terrifying weather.

The majority of the people in this country are fully satisfied to be represented by a gentle, united organization.

It’s not something they feel the need to shout (or even think) every day. But, periodically, when such big moments come around, they are going to be celebrated.

Yesterday, I spoke with the man who organized the final jubilee competition, as well as the big VE Day party at the palace in 1995. 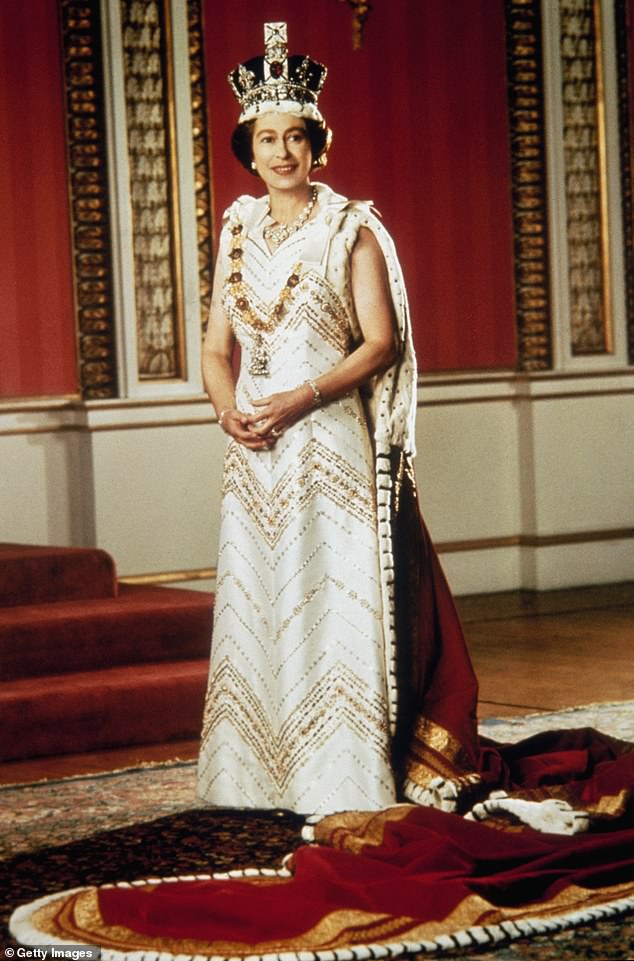 “People were worried about the numbers. Come day, these huge crowds were blowing their heads off, ‘Marx of Salisbury told me. ‘What you need to remember is that especially in times of uncertainty, people like continuity and they like to do something.’

The Diamond Jubilee celebrations covered every corner of the state, starting from Leicester, the most diverse city in the UK, where there were turbulent scenes.

With the whole world glued to the opening ceremony of the London Olympics, they reached their climax in July. The lights went out and a video showed James Bond walking to Buckingham Palace. There, he found himself looking behind a busy man at his desk. As the Queen of Denmark later told me, she changed, not really believing it could be Cousin Lilibet herself. ‘Maybe? Could it be? ‘ Queen Margaret spoke of her growing enthusiasm. ‘And that was it!’

The sight of two of Britain’s most famous human beings boarding a helicopter (and jumping out) is still a magical moment. In a matter of minutes, it managed to capture all the great things about modern Britain – a fair amount of originality, humor, tradition and self-deprecation.

As a measure of the joyless, synchronized triumph of the 2008 Beijing Games, it was perfect. I was sitting in the middle of the World Press at the stadium that night and the reaction was one of disbelief and joy. It set the tone for the entire Olympics.

How, then, will the events of the day to come? The answer is that they will be completely different. This anniversary is not associated with any huge sports festival. Instead, it comes with a sense of both wonder and poignancy. We have never celebrated 70 years of the same king before. We are covering a whole new field.

Considering His Majesty’s years of progress, we acknowledge that he cannot play the role he has played in previous anniversaries. However, it does make his achievement and sense of duty worthy of celebration.

The nation celebrated the golden jubilee of Queen Victoria in 1887. However, the Diamond Jubilee game of 1897 was at a completely different level with very strong emotions. There was no doubt that Victorian Britain was a unique moment in our national story and they wanted to honor it.

However, Victoria was so weak that when she attended St. Paul’s Thanksgiving service, she was unable to get out of the car. The clergy instead processed the steps up and down.

I am absolutely confident that we will see His Majesty within St. Paul’s tomorrow (after all, she arrives now through the new stage-free entrance and the Covid Memorial Remember Me Portico, supported by generous mail readers).

My only concern is the number that will decide, inspired by the moment, that they also want to be a part of this show. Because this anniversary will be unprecedented. 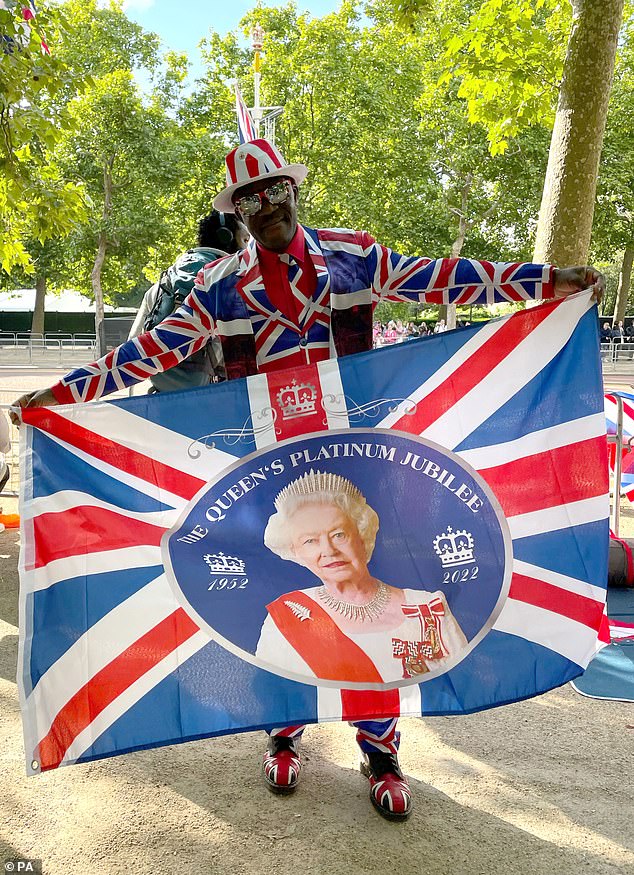 This anniversary will be unprecedented

For all these years, at least in this country, we have taken the Queen in general – in the best way possible.

We always know she gets there on time – and watching the episode – whether it’s the Olympic Games or a wet Wednesday Dundee; We always know that the rest of the world is fascinated by him and we do not find it strange that we are proud to call him the head of state with millions of people around the world.

Over the years, we have regarded him as a timeless, indestructible piece of our national fabric – such as the Big Ben, red telephone boxes, sconces and bagpipes.

Now, all of a sudden, we come to terms with the fact that he can’t stay the way we expect him to be. She will always do her best because she swore before the Almighty and her people.

Of course he will adapt. It would be humiliating if, instead of always focusing on the things he couldn’t do, we were amazed at everything he had done for decades.

The events of the next few days will be our way of acknowledging that we have something very special and very valuable, and we really need to make the most of it.

The Queen of Our Times – The Life of Elizabeth II by Robert Hardman Published by Macmillan.